There are more than 40 million people who suffer from anxiety, and taking a supplement to help combat these feelings is essential.

One in ten folks take antidepressants, but it’s not always enough to take care of the issues, as these drugs don’t work for everybody. Additionally, some people prefer the holistic route and want to treat their mental health issues without modern medicine.

Antidepressants tend to burn out quickly and many folks need a boost. At Real Vitamins, our goal was to create a product that could accommodate people who take antidepressants as well as those who wanted a holistic path. It didn’t matter where someone is at in their journey, the goal was to provide that extra boost without side effects. The differences between Real Chill and Levium were subtle, but there’s a clear winner among them.

There are a number of reviews out there on Levium especially if you browse Reddit. Here are some random reviews of Levium on Reddit:

Real Chill has a plethora of 5-star reviews all around the web. Here are just some of our customer reviews:

Both Real Chill and Levium use potent herbs to create a formula to aid stress relief. The varying amounts tend to make the real difference, and they have some variances in products that tend to have an impact on the side effect profile.

Magnesium has long been touted as the miracle herb for anxiety and stress, so it’s only natural that both products should use it in their active ingredients. Understand that there are over ten different types of magnesium, and some work better for anxiety than others. Some types of magnesium are used as a diuretic, like magnesium oxide.

This is something most want to avoid at all costs, and we took that into consideration during the formulating process. Real Chill reigned supreme in this category, as it uses magnesium glycinate, which is the most bioavailable magnesium and easier on the stomach.

When it comes to stress relief, the B vitamins are amazing. Real Chill contains Vitamin B6, but Levium doesn’t have this vitamin in their active ingredients. Levium uses things like niacin, which is known to cause dizziness and flushing.

It’s of great benefit to add B6, which keeps the nervous system and immune system healthy. It also has a substantial impact on pain receptors in the body, as it was the first treatment used to combat PMS. So, it’s another benefit that Real Chill has over Levium.

Levium relies on Ashwagandha, and while this is a fantastic herb, it’s not without side effects. This herb is known to cause issues like upset stomach, nausea, vomiting, and diarrhea. It would be impossible to take a dose of this supplement while at work or on the go, especially if you’re sensitive to this herb, so we left it out on our formula.

Real Chill stuck with ingredients that are easy on the system to ensure it could be used anywhere at any time. 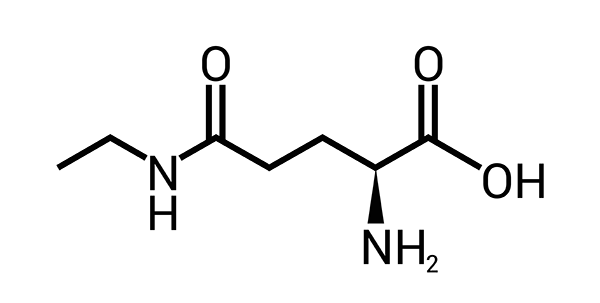 Another active ingredient of Levium and Real Chill is L-theanine. This herb is found in both tea leaves and some varieties of mushrooms. It’s often used as a stress reliever and is known for helping to enhance concentration and focus.

It’s often used in anti-anxiety blends because it has a profound effect on stress levels, and it can do things like slow the heart rate and stop other system effects caused by high levels of cortisol.

Levium uses this derivative of chamomile for its relaxing factors, but Real Chill doesn’t include this one in its formula. The only possible problem with this herb is that using it excessively can cause numbness and prolonged sedation, which is nothing to want to take while driving or at work. There is also not much scientific evidence in human trials to make a claim that its effective for stress.

Taste and Ease of Taking Supplements

The Real Chill comes in an easy-to-swallow pill form, while Levium comes in both liquid and solid form. The liquid is in a tiny shot-like bottle. Its full use of herbs makes it quite hard to swallow, especially since the smell is quite pungent.

The pill variety makes it easier to take as you’re not gagging trying to get it down. In consumer reviews, one of the chief complaints about Levium is that people found it hard to get past the smell to use and see its benefits.

Price is another consideration since herbal supplements are not covered under any insurance plans. Here’s how things break down for the two supplements.

It’s easy to see that Real Chill is the winner in this category. Not only does the customer get 365 days to return the product, but they also get a less up-front cost to try it. The 20 percent off the first order is beneficial. It can get expensive trying many herbal products to find a fit, so we’ve cut our customers a break.

Levium is quite a bit more expensive. They also require a subscription service, which is not favored among customers. Subscriptions services are troublesome to cancel especially if the product doesn’t work. The higher price point is a major disadvantage.

While both products have a favorable side effect profile, taking any herbal supplement can cause issues. Neither outcome is meant to replace an antidepressant, but they’re made to be taken alongside them as an enhancement or booster. Real Chill has the most favorable side effects, as it’s not made to cause drowsiness, and it doesn’t have some of the other herbs known to be rough on the body.

Users will sleep better, but they can take it anytime or place. With Levium, the reviews are favorable with some side effects. With ingredients like Ashwagandha, it’s easy to see why so many said they had a headache, upset stomach and weak muscles

This can also be caused by using GABA, which is known for its side effects. So, when comparing the two, it’s easy to see that Real Chill has a better side effect profile. While it does have GABA in it, too, the magnesium levels do a good job balancing it out for a favorable experience.

Another significant issue with Levium is the possibility of niacin flushing. Since this supplement uses niacin, it can cause users to experience flushed feelings as the blood dilates the vessels, causing a rush.

While it’s harmless and passes quickly, it’s unsettling to someone who already suffers from anxiety and doesn’t like a hot flash-type sensation. The good news is that eventually the body will adjust, and the feeling diminishes.

Users of Levium experienced sedation and found it hard to take during the workday. Real Chill is formulated to calm but not sedate a person. The whole purpose of these supplements is to be taken alongside an antidepressant to boost its effects. Being able to take them anywhere or anytime is optimal, and that can’t be done with Levium.

Sometimes, the little things push you towards one product or another. We make Real Chill in the USA, and we ensure our packing is eco-friendly. Levium doesn’t specify where its product is made, so this can mean anything.

Sometimes producing products in other countries are less expensive, but they often have lackluster ingredients with additives you don’t want. When a company is vague about such information, it’s concerning. 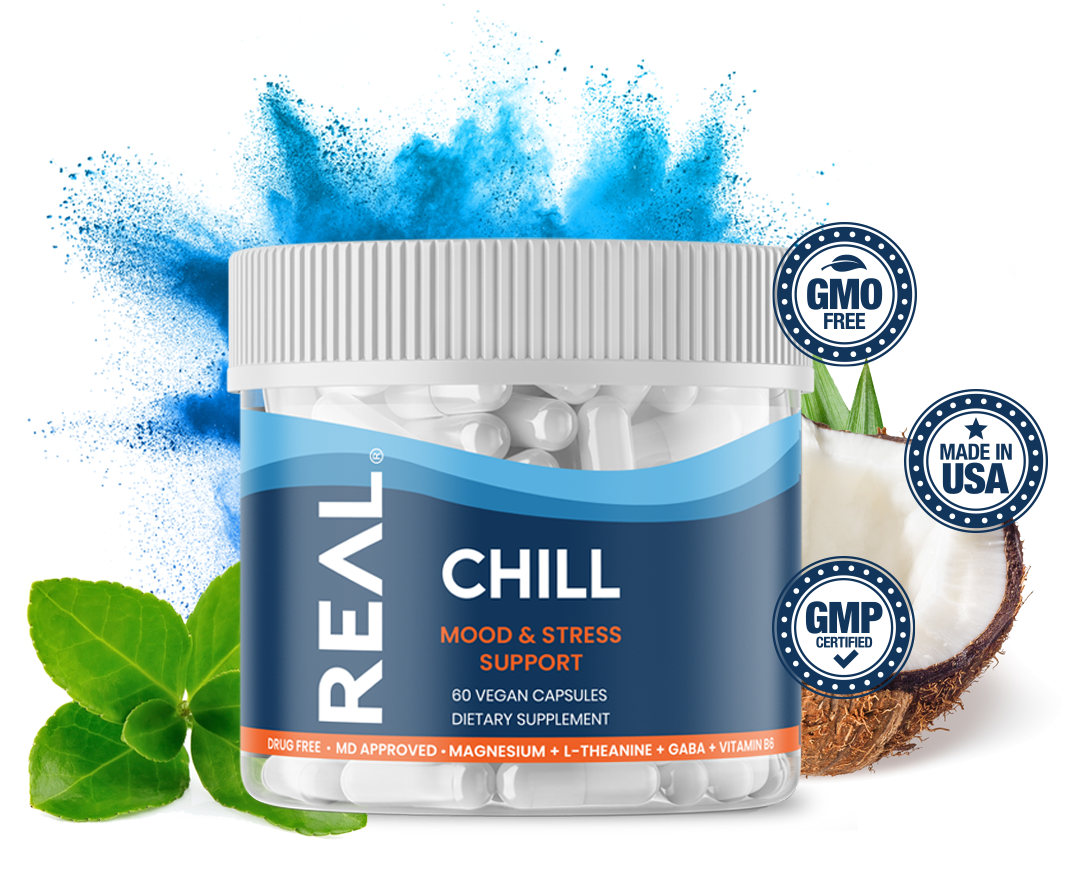 When evaluating the ingredients, Real Chill gets top marks.

Real Chill’s price point and extended money-back guarantee are also hard to beat. While Levium does give a 30-day return period, a year is much better.

Lastly, evaluating the side-effect profile is essential as a product can have the best ingredients available, but if customers can’t take it because it makes them sick, it’s of little use. Real Chill is much easier on the system, and though it helps people sleep well, there’s no reported drowsiness. Levium causes niacin flashes and the need to frequent the restroom, among dizziness.

While both are great products, it’s clear that Real Chill is the winner of the two. It does everything it says it will do, and it’s safe to take alongside antidepressants and other medications, though it’s advisable to check with a physician first.