There is a new amino acid that is becoming more and more popular for its many benefits.

L-theanine is an amino acid that can be found in black tea, green tea, and even in some types of mushrooms.

However, some of the pharmaceutical companies have been able to synthesize it to develop supplements that can be taken alongside meals and medication.

Researchers have been working on determining the benefits of L-theanine to your body. Recent studies indicate that it can improve mental focus and even promote better sleep.

Here is an introduction to the many benefits of L-theanine. how safe it is and dosing recommendations.

This compound is also known as Gamma-glutamyl-ethyl amide or N-ethyl glutamic acid.

Aside from improving mental focus, this compound also reduces anxiety, stress, and other mental impairment conditions. The compound works by affecting the levels of certain brain chemicals. Some of which include dopamine, cortisol, and serotonin. These chemicals are known to influence your sleep patterns, moods, and overall emotions.

By changing the balance of these chemicals, this compound significantly influences the person’s emotional state.

L-theanine has in the past been known for helping people stay calm. However, o9t also has other health benefits such as:

L-theanine is an amino acid that can be found in black tea and green tea.

This means a sip from your favorite mug can help you ease up, with more studies showing that this compound not only helps you relax, but it works without causing drowsiness.

Various studies have since shown that taking L-theanine can help reduce stress levels and even manage anxiety in people who find themselves in stressful situations.

L-theanine can be used alongside caffeine to help you pay more attention and boost focus. 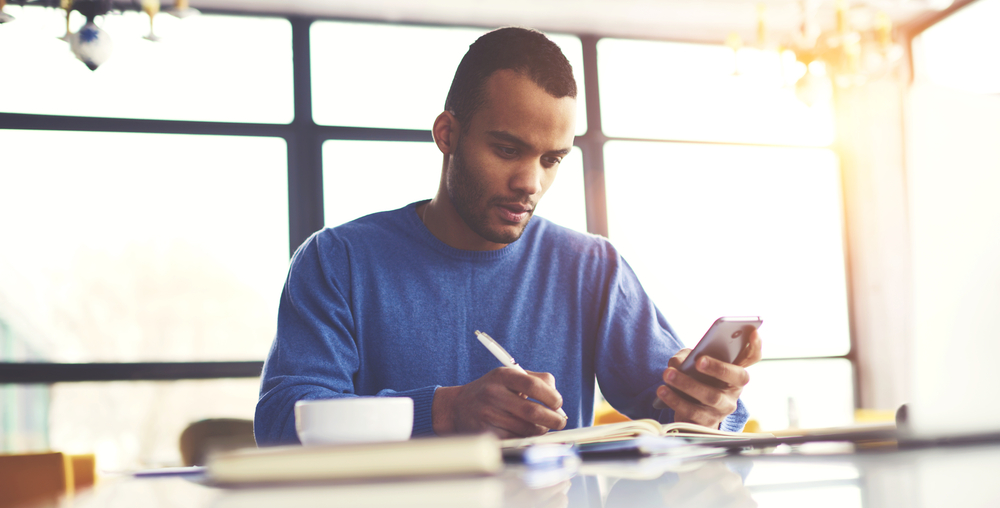 A study showed that a combination of 97mg of L-theanine and 40mg of caffeine helped boost the concentration span in adults, especially those performing demanding tasks. Further results showed that the participants were more alert and were less tired compared to the control group.

This study shows that L-theanine can be used to boost one’s immune system. This study showed that the compound could be used to deal with upper respiratory tract infections. More and more studies have come up to support this claim, with one suggesting that a mixture of theanine and the antioxidants in green tea can help keep flu at bay.

With more research into the validity of some of these benefits, a researcher indicated that theanine could also be used to improve inflammations in the intestinal tract.

Many researchers believe that L-theanine provides an anxiolytic effect to induce sleep.

In a study by Theertham P Rao, Motoko Ozeki, Lekh R Juneja, researchers found that “L-Theanine (γ-glutamylethylamide), an amino acid naturally found abundant in tea leaves, has anxiolytic effects via the induction of α brain waves without additive and other side effects associated with conventional sleep inducers.”

This means better sleep without next-day grogginess or addicting chemicals.

A general consensus from various experts and government agencies categorizes the compound as ‘generally safe.’

This means, when used appropriately or as indicated, then the additive cannot cause any harm. On the other hand, pregnant women and lactating mothers are discouraged from using products containing L-theanine.

Side effects and Dosage

According to a recent study, there are no known side effects from consuming L-theanine, and it’s known as generally safe.

That being said, L-theanine interacts with certain drugs and supplements, including:

When combined with caffeine, it’s best to balance your intake. You may have to range your doses between 30mg to 100mg of caffeine and 100mg to 200mg of L-theanine.

If you are looking for a premium supplement that contains L-theanine, Real Vitamin’s Real Chill contains over 200mg of l-theanine as well as magnesium glycinate, GABA, and vitamin b6, which helps manage stress, increase relaxation and improve sleep.

L-theanine is an amino acid that has earned a big reputation for helping people get to a more calm and relaxed place as well as increase cognitive functions.

Unlike most prescription alternatives, L-theanine can provide stress relief without grogginess or drowsiness. There have been a ton of great studies that confirm that L-theanine is a great influence on mood and mental cognition. For these reasons, experts and doctors regard it as a safe and effective solution to stress management. 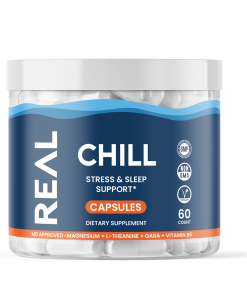