Our team of doctors formulated Real Chill™ using research from double-blind placebo-controlled studies conducted at top-tier labs and universities around the world.

If you suffer from any of the following, Real Chill™ may provide rapid relief:

Let’s take a closer look at the vitamins, minerals, and nootropics that make up the Real Chill™ formula that so many have come to rely on to crush their day.

Vitamin B6 (as Pyridoxine Hydrochloride) 4mg

The water-soluble Vitamin B6 is a versatile cofactor directly involved in over 140 enzyme activities.

Supplying the body with a regular dose of Vitamin B6 has been shown to greatly enhance the user’s mood and cognitive faculties.

Vitamin B6, directly and indirectly, alleviates mood problems. It reduces stress and anxiety, resulting in a better mood, by increasing support for the dopamine and serotonin neurotransmitters.

The vitamin is also a cofactor in the production of other vital mood-related brain chemicals such as norepinephrine, GABA, and epinephrine.

The vitamin’s indirect effect on mood is because of its ability to reduce pain and mental and physical fatigue.

The increased presence of B6 when supplementing with Real Chill™ helps increase cerebral blood circulation. An improved supply of oxygen and nutrients to the brain reduces ‘brain fog’ and improves focus, alertness, and mental clarity by fueling the creation of ATP energy – the energy source used to power our brains and bodies.

This vitamin, often lacking and deficient in many of us, also improves blood circulation throughout the body. Plus, its ability to reduce homocysteine decreases the risk of depression and high inflammation-related problems.

Studies have shown Vitamin B6 helps regulate emotions by supporting the production of several mood-related neurotransmitters including GABA, dopamine, and serotonin [1][2][3].

Enzymes that depend on Pyridoxine (the active ingredient in Vitamin B6) are vital for hemoglobin production, fatty acid metabolism, and amino acid synthesis [4].

A high level of homocysteine is linked to uncontrolled inflammation that increases the risks of depression, plaque buildup, and blood vessel damage.

According to clinical research, adequate Vitamin B6 supplementation regulates homocysteine, thereby decreasing the risks of depression, stroke, and cardiovascular diseases [6][7].

In the hippocampus, the adequate presence of magnesium keeps the level of ACTH (stress hormone) in check. The hormone ACTH is responsible for the release of adrenaline and cortisol.

Without the intervention of magnesium, more cortisol is released, which in turn damages the hippocampus resulting in stress and anxiety leading to chronic depression.

The mineral magnesium plays a vital role in the Krebs cycle, which is the process of converting glucose and fat into ATP energy.

A brain supplied with adequate levels of ATP is the best way to keep mental fog, confusion, lethargy, etc. at bay, whilst strengthening the brain’s all-important Mitochondria.

According to one study, insufficient magnesium, especially in people over 35, and older adults, makes the body more vulnerable to chronic stress and crippling anxiety [8].

Two different studies on magnesium proved that supplementation of the mineral reduced the risk of anxiety in one and alleviated the symptoms of anxiety in another [9] [10].

Inadequate sleep and poor sleep quality are linked to increased stress and anxiety. According to a study, magnesium favors good sleep by activating the GABA receptors that help reduce nerve impulses [11].

Studies show that in older adults, the mineral helps users fall asleep faster and for a longer duration [12][13].

Magnesium’s role in ATP synthesis benefits stamina and endurance with clinical trials on both athletes and older adults concluding supplementing with the mineral to adequate levels improves physical energy and stamina [14][15]. 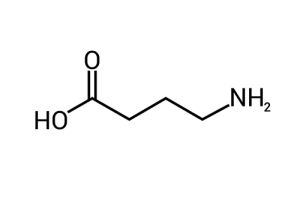 GABA is the main inhibitory neurotransmitter in the brain. Its presence is essential to manage the excitatory brain chemical Glutamate.

Overstimulation of neurons is linked to restlessness, poor mood, insomnia, and anxiety. The neurotransmitter GABA reduces stress and anxiety in the body by acting as a check on the overactive neuron circuit.

Although GABA is a naturally occurring amino acid in the body, supplementation will help optimize its functioning. Apart from reducing stress and anxiety, the neurotransmitter promotes a positive mood, which helps with focus and alertness.

Cognitive faculties such as memory formation and recall, mental alertness and energy, and concentration and focus levels are also greatly benefited by the increase in Alpha Brain Waves, brought about by quality GABA supplementation as found in Real Chill™.

The relaxing benefits of GABA can be felt within less than an hour of supplementation. The participants of two studies (published in a 2006 report) revealed they felt relaxed during stressful situations after taking a GABA supplement.

In another study, one set of participants was given a placebo, whereas the other group received GABA an hour before sleep. The report revealed that the GABA group fell asleep faster and experienced better sleep quality [18].

Three small studies in the past 15 years have confirmed the relaxing benefits of GABA under stressful conditions. One of the three studies showed that taking GABA reduced mental and physical fatigue during problem-solving tasks [19][20][21]. 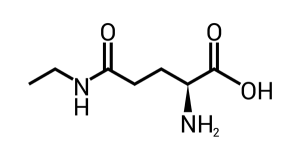 As the active ingredient in green tea, L-theanine regulates the brain chemistry to improve mood and cognitive health.

The supplement has a calming effect on the brain which helps the users perform better even under stressful situations, with the calming effects of L-Theanine often promoted as ‘relaxation without sedation’.

L-Theanine prevents the overstimulation of Glutamate. It prevents Glutamate toxicity by acting as an agonist of NMDA receptors.

The Nootropic properties in L-Theanine energizes the brain and promotes relaxing effects by improving levels of dopamine, serotonin, and GABA.

Research has backed the claims of millions of users that L-theanine reduces stress and anxiety. Studies also show that the amino acid relaxes without causing drowsiness [22].

A report that looked into the results of five studies has confirmed that taking L-theanine relaxes the users experiencing stressful situations [23].

In another report, the regular intake of L-theanine helped improve anxiety and other symptoms in participants suffering from schizoaffective disorder [24].

A study investigated the effect of L-theanine on attention and memory recall. In this 16-week study, one group received L-theanine, while the other was given a placebo. The supplement group showed signs of cognitive improvement caused by an increase in Theta Brain Waves [25].

Chronic stress and anxiety are serious issues, not exclusive to working or older people. Stress, anxiety, and depression can affect anyone. It’s not just a mental issue either. It can affect your health, work productivity, and social and family life.

Regardless of how long you may have been in ‘survival mode’, the Real Chill™ formula can help you regain balance again in your life.

Real Chill™ was formulated based on the evidence, and real-world tests. Since our inception, our clients have come to love and rely upon Real Chill™ to help improve their response to stress, and the challenges life throws our way.

Save BIG When You Order Real Chill™ Today

Choose a Package Below To Start Reducing Your Anxiety & Stress!

BUY ON AMAZON
BUY ON WALMART