If you’re like me, you know that gut health is important and you’ve probably been looking into chicory root fiber since it can have such a big impact on your gastrointestinal tract.

Not only is it great for your stomach and intestines, but it has also been traditionally used to promote heart and liver health as well. Since chicory root is a very powerful supplement, there are a few things you should know before taking it. Let’s take a look at the benefits, uses, and warnings for chicory root fiber so that you can decide whether or not it’s right for you.

What is Chicory Root Fiber? 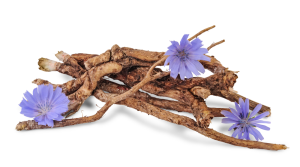 The chicory plant comes in several varieties and has been used in cooking for centuries. Some varieties are harvested for their leaves to be used in salads while others are used as spices. One of the most common uses of the chicory plant is baking the roots, grinding them up, and using them as a coffee substitute. It can also be added in small amounts to regular coffee to give it an earthy/nutty taste.

In addition to being used in cooking, chicory roots are also known for their health benefits as well, particularly as a source of dietary fiber. In fact, chicory roots have been documented as being used as far back as ancient Egypt and the Roman Empire. However, the plant would not be cultivated until the 17th century as far as we know.

Here’s a quick list detailing the nutritional value of a half a cup of raw chicory root:

There are several notable things that we can learn from this information. Firstly, chicory root is very low in fat. This means that if you’re looking for something that can satisfy you without high-fat content, chicory root is an excellent option. However, chicory is also a low-protein food as well. This being the case, it is oftentimes combined with other foods that are high in protein to make up for this deficiency.

The Benefits of Chicory Root Fiber

Now that we’ve gone over what chicory root is, I want to zero in and cover the specific benefits related to chicory root fiber. This is because chicory root is becoming a popular supplement and you need to know what it can do before deciding if you want to use it.

One of the main benefits associated with chicory root fiber is gut health. This is because it helps support the growth of probiotics in your digestive tract. Probiotics are beneficial bacteria that help with optimal nutrient absorption, improved immune function, and even weight loss. 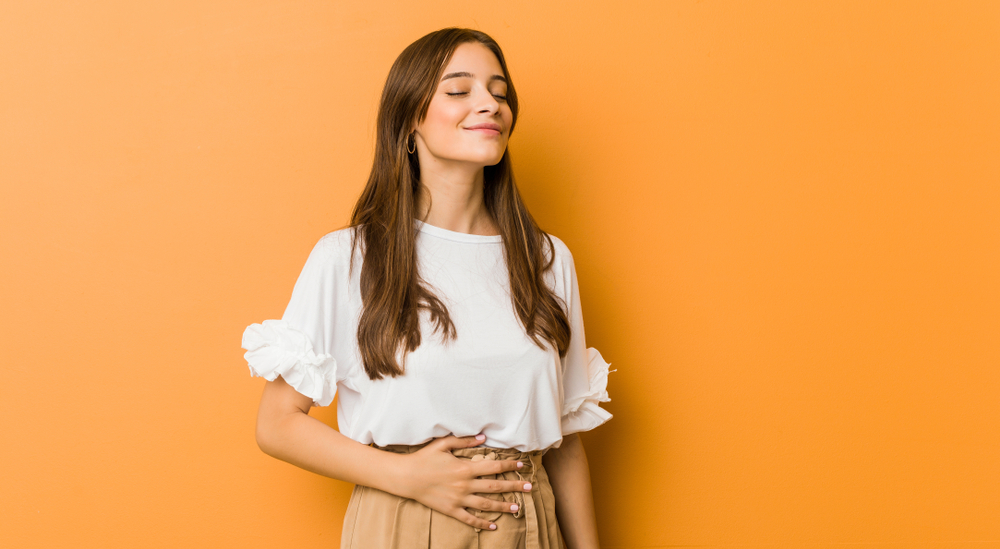 As with most fiber supplements, chicory root fiber is also great at relieving constipation as well. This is because the inulin goes through your system undigested. There was a study done that showed that taking 12 grams of chicory inulin per day both increased bowel movement frequency and helped to soften stool. In another study, participants who experienced bowel movements four times a week found that number increased to five after taking 10 grams of chicory inulin per day.

Chicory root is high in a substance known as inulin. Inulin is a starchy substance that functions as a probiotic. In addition to the benefits listed above, it is also great for assisting with weight loss. The reason for this is that foods that are rich in inulin tend to have a much lower calorie content than food that aren’t.

Even so, inulin-rich foods are very satisfying, allowing you to eat your fill without absorbing huge amounts of calories. This is one of the reasons that chicory root has been such a favorite when it comes to cooking.

In fact, many of the foods you eat, such as cereals, protein powders, and meal replacement bars, may already contain chicory root.

Another great thing about chicory root fiber is that studies have shown that it’s good for improving your fat metabolism and blood sugar control. This makes it a natural choice when working to both manage and prevent diabetes.

On top of this, studies have also found that chicory root can increase muscle sensitivity to insulin. This is because of the chicoric and chlorogenic acids that it contains. While that study was done on rodents, another study on women with Type 2 diabetes found that getting 10 grams of inulin a day led to a significant decrease in their blood sugar levels.

I overlooked this big benefit at first, but it deserves to be mentioned. Chicory root fiber is incredibly easy to take since it comes in many different forms. As previously mentioned, it’s already in certain foods, but if you want more, there are plenty of ways to use chicory root in your cooking. Not only does it make a good seasoning or coffee substitute, but it can also be boiled and eaten like a vegetable. Other popular options for preparing chicory root include using it in a salad, baking it into brownies, and adding it to ice cream.

Chicory root supplements also exist. In some cases, chicory root can be found in probiotic supplements mixed in with other beneficial herbs. However, if you only want chicory root fiber, some supplements consist of nothing but pure chicory root. In any case, always follow the recommended dosage and consider speaking with your doctor or nutritionist before taking any new supplements.

Other Uses of Chicory Root Fiber 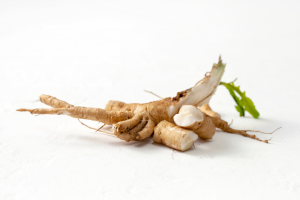 Being such a powerful source of fiber and inulin, chicory root has many uses. Here’s a quick list of some of the other benefits of taking chicory root as a supplement or using it as a food additive. Keep in mind that many of these uses need to be studied more thoroughly to rate the true effectiveness of chicory root.

In regards to brain health, chicory root is high in both manganese and vitamin B6. Both of these substances are good for brain health because they help to improve blood flow and fight against harmful free radicals. This is particularly important for older individuals who may have difficulty with their memory and other cognitive issues.

Side Effects of Chicory Root

As with any supplement, taking chicory root can have side effects. This tends to vary from person to person, but it’s a good idea to keep this information in mind when considering any form of supplement or dietary additive. The good news is that most of the side effects associated with chicory root fiber are relatively mild.

When ingested orally, the main side effects experienced are related to your gastrointestinal tract as would be expected. Symptoms such as bloating, gas, belching, and abdominal pain can occur. Once again, this is very situational and varies from person to person. Even so, studies have indicated that chicory root is safe for short-term oral use. That said, data on long-term oral use is lacking.

In regards to skin contact with chicory root, some reports state that it can cause irritation. Unfortunately, data is also very lacking in this regard so there isn’t much to go by. There is such as thing as having an allergic reaction to chicory, but only 20 cases have been recorded in the last century. Despite this, if you are allergic to birch pollen, you may also have issues with chicory root as well.

Something to keep in mind is that taking large amounts of chicory supplements by mouth during pregnancy or while breastfeeding could be problematic. It has been theorized that this could lead to menstruation and cause a miscarriage. As far as breastfeeding goes, there hasn’t been enough research to verify its side effects, if any. Regardless, it can be a good idea to use chicory as a food additive rather than taking it as a supplement when pregnant or breastfeeding.

If you have gastrointestinal issues such as constipation, frequent nausea, and loss of appetite, then chicory root fiber may just be what you need to get everything back on track. Being such a multi-faceted supplement, chicory root can be a big help for many different health issues both as a means of lessening current symptoms or as a means of prevention.

Just be sure to take time to consider your preferred method of taking chicory root fiber. There are many ways to use it as a food additive or you can cook and eat the roots on their own if you’re so inclined. Supplements are also available in both the pure form and as a part of a probiotic mix. In any case, if you feel that chicory root fiber is right for you, there’s no reason to not give it a try.